About a month ago I went to Morocco.  I was really looking forward to the trip; I spent all year in Spain wanting to go there, plus it was my birthday trip!  All of my friends who had been to Morocco eagerly told me about the wonderful food, beautiful architecture, and how CHEAP everything was.  I was looking forward to having my own bedroom and eating out–luxuries that were not monetarily justifiable in Europe.

I did do those things. 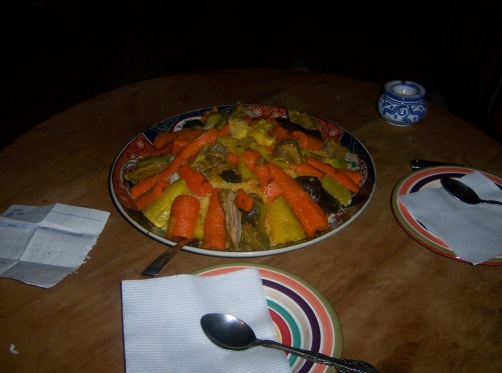 And stayed in beautiful riads. 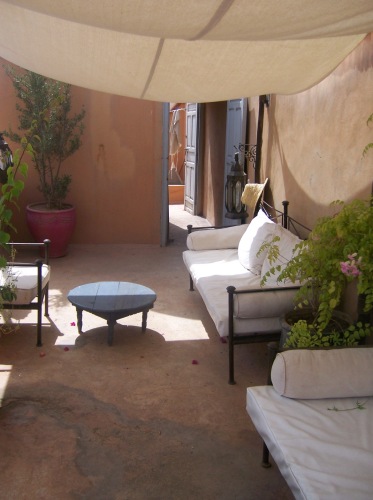 But other parts of the trip caught me a little off-guard.  Like the water–they say you can’t drink it.  I approached the issue with a nonchalance that later bit me in the butt when I spent all of one day throwing up.  Whatever it was it must have come out because the next day I was significantly better.  Another downside to Morocco, the mattresses are really hard.  This was a common theme of the trip.  But one night it was so bad I think I was actually sleeping on a table.  So I sought out other unlocked rooms in the hotel to find a softer one.  And I did.  And I slept there.

It was a great trip, despite the the small problems we ran into.  But it reminded me of how often I travel a bit mindlessly.  I cross borders without fully acknowledging the cultural, political, and developmental differences between the two countries.  And travel is not something you can do mindlessly.  You have to always be thinking, questioning, and preparing for the worst.

But it’s true, Morocco IS beautiful and cheap and you should go!